Guess what. I’ve got a lot of ham left over from the festive season so expect to see ham-related recipes. Here’s the first. Pea and ham soup. This classic dish originated on the high seas when sailors would boil up dried peas with salt pork and was originally known as pease pudding.

Also, for those of you familiar with southern England, it was served to convicts in the village of Pease Pottage travelling to port to be dispatched to Australia. England’s great – who would have thought pea soup had a heritage like that?

END_OF_DOCUMENT_TOKEN_TO_BE_REPLACED

With my New Year Resolutions firmly ingrained on my brain and absolutely no danger of me reneging on any of them I thought my first recipe should be something nutritious, light and generally worthy. You can’t go wrong with soup. Right? 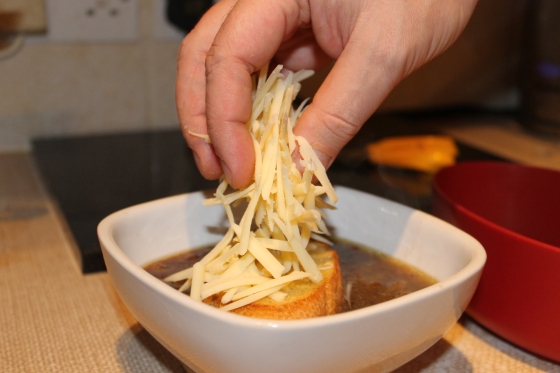 END_OF_DOCUMENT_TOKEN_TO_BE_REPLACED

Its worth remembering that I’m married to a vegetarian (who might eat the odd prawn every now and then). Her favourite culinary creation is soup, primarily because we otherwise would live off a diet of chocolate puddings and pies.