END_OF_DOCUMENT_TOKEN_TO_BE_REPLACED

Recently it was revealed the Great British Public has been consuming cheap frozen beefburgers featuring a ‘special ingredient’; horsemeat. This revelation opened up the inner workings of the food industry, including the importing of ‘fillers’ from Eastern Europe which were used to help hold the delicious meaty treats in question together. 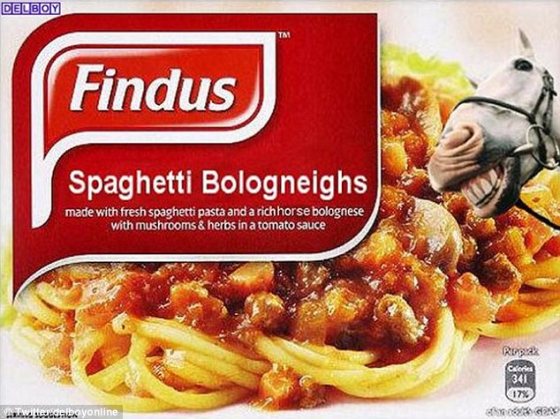 Naturally vegetarians the world over have grasped the opportunity to have a good giggle at the misfortune of the unwary carnivorous community, not least both my wife and mother-in-law who conspired to deliver the following witty one-liners to the inbox of Happiness Stan.

I just copy and paste this stuff.