Watching the Great British Bake Off recently it struck me that the creations being created are becoming so complex that the contestants must be practicing. I mean these ‘ordinary’ folk don’t even look phased when asked to prepare crème patissiere, nor slightly troubled by the potential pitfalls of rum baba.

But it wasn’t always like this. In the beginning contestants made things like ‘Chocolate Fudge Cake’ and ‘Lemon Iced Buns’. Now they are asked to make ‘Povitica’ (whatever that is) and ‘Dobos Torte’.

Of course things have to get more interesting as time goes by; viewers don’t want to see six seasons of hapless bakers screwing up a Victoria Sponge. But for eager bloggers like myself its all getting too much.

I like to recreate creations I see on the Great British Bake Off (and other shows) every now and then. And I usually do it a few days after they have been on TV; it’s a good way of getting people to view the blog as they search for what they see on TV (for example, type Nutella Cheesecake with Ferrero Rocher into Google and there is Happiness Stan, 1st on the page, above Nigella! I get loads of visits for that one; it must be on a syndicated show somewhere, its not been done on the Bake Off because it’s a) too easy and b) contains too many pre-made ingredients).

But its got to the point now where the effort outweighs the fun. I avoid things that take more than a day to create, or require thermometers, or utensils I do not own or have never heard of. So after watching someone making a pig’s ear out of a torte I decided to create something dead easy – Bakewell Tart. 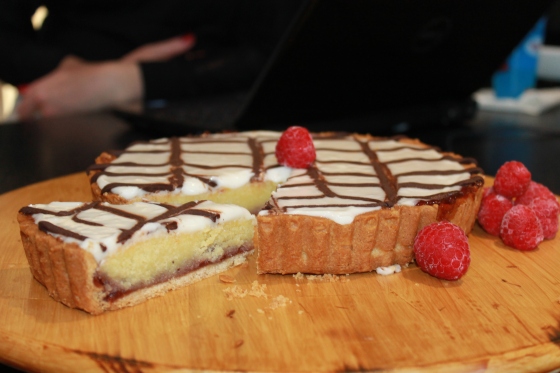 Bakewell Tart is a British classic. And with all British classics, controversy surrounds its origins and content. But, in the final analysis (to paraphrase a famous American President who almost certainly never tried it), Bakewell Tart simply contains raspberries, almonds and pastry. Easy-peasy. 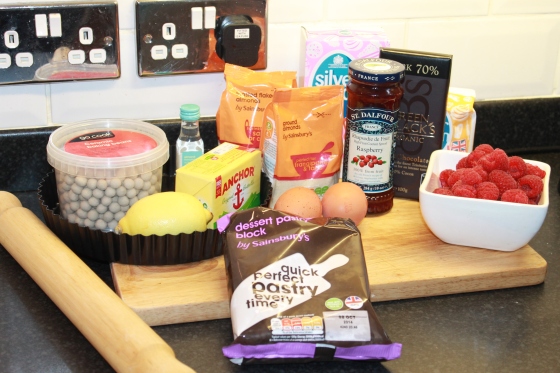 You’ll need a 23cm pie tin with a loose base.

First the pastry. Work quickly. Flour a board. 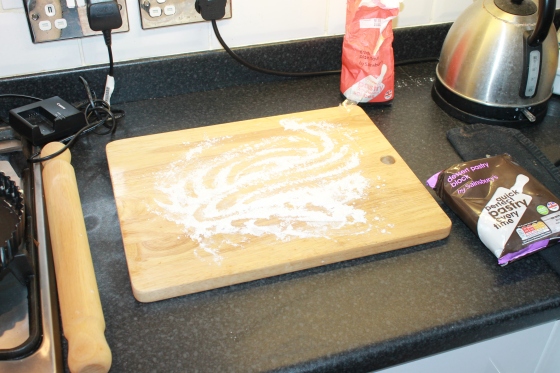 Roll the pastry block into a ball. 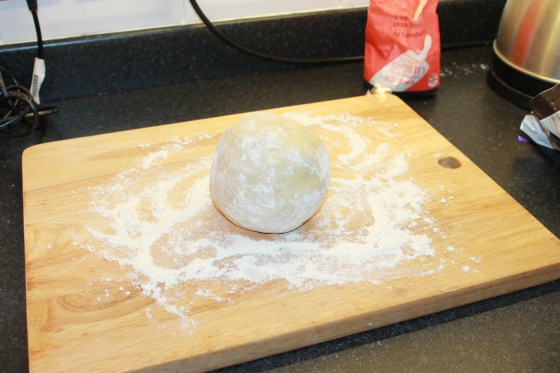 Roll out the pastry to about half a centimeter thick. 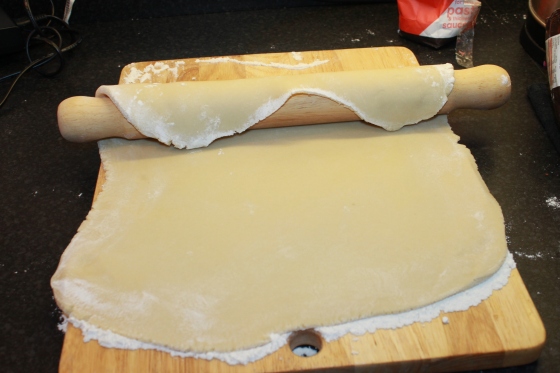 Lay over the tin and very gently nudge it into the base. 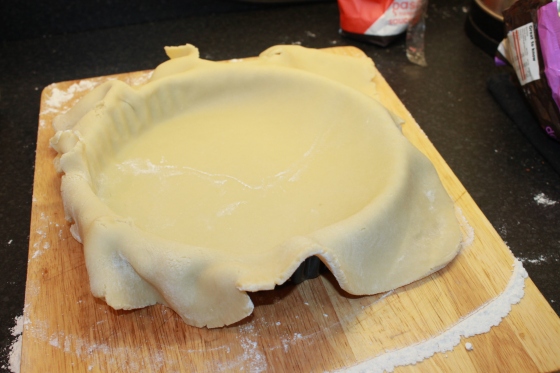 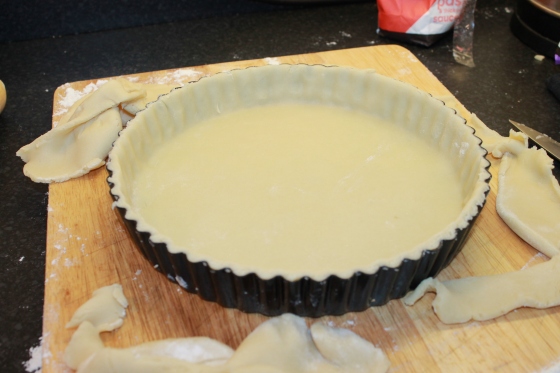 Cover the pastry in cling film and chill in the fridge for an hour.

Using a food processor (or a whisk and a spoon) combine the butter, sugar and lemon juice. 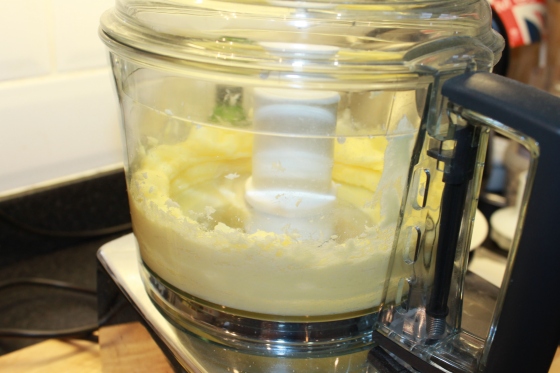 Drop the eggs in and the almond extract. 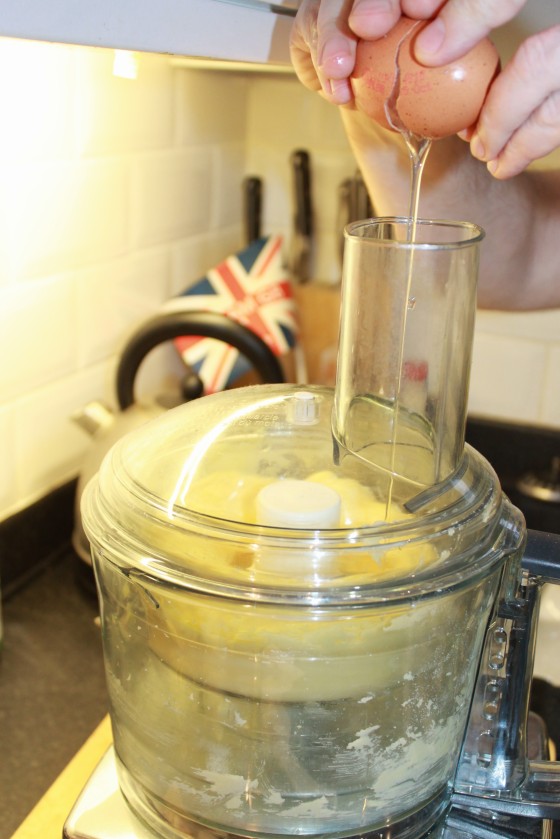 Transfer to a bowl and add the breadcrumbs and almonds and combine. Leave to one side and put the oven on at 180 centigrade (160 if its a fan oven). Put baking beans in the pastry case and bake for 20 mins. 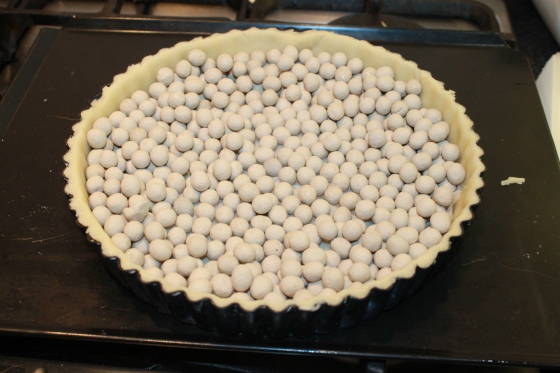 Remove the beans and bake for another 10 mins to get the base golden. 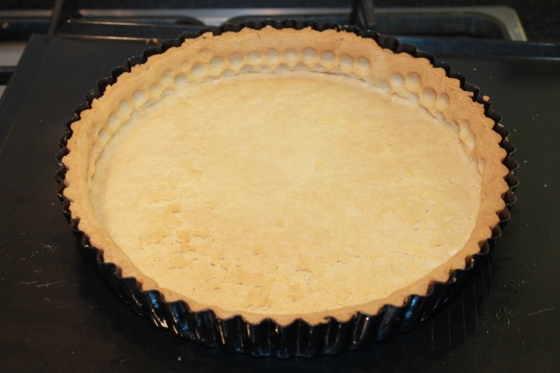 Spread the jam over the base (whilst warm to help the jam spread). 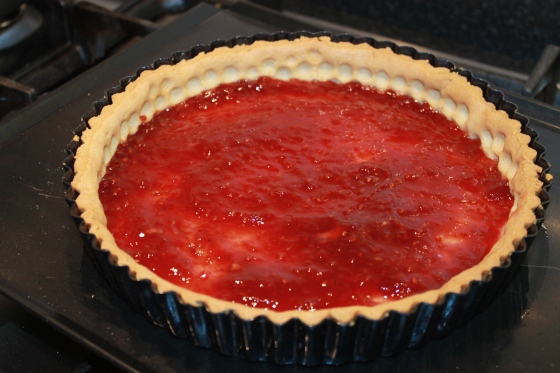 Carefully spread the frangipane over the jam. 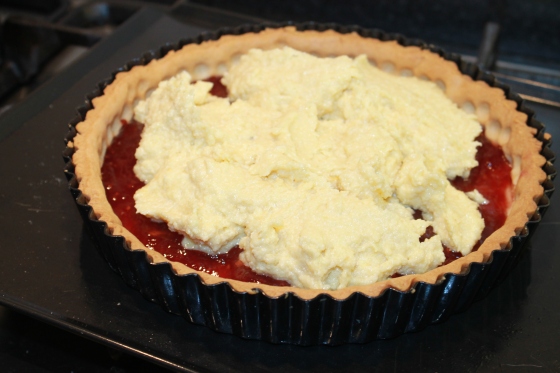 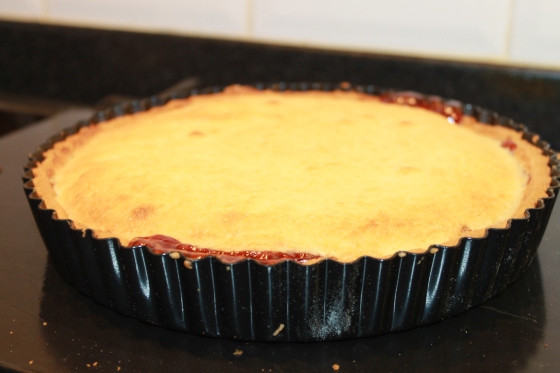 Leave to cool. Make the icing by combining the icing sugar with a couple of teaspoons of cold water, and pour over the tart. 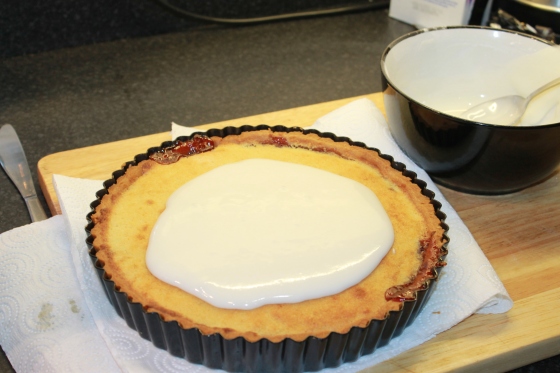 Leave to chill in the fridge.

Make the chocolate by melting in a bowl over some simmering water. Add the cream and stir. Using a piping bag create lines across the pie, and drag a knife through the chocolate. 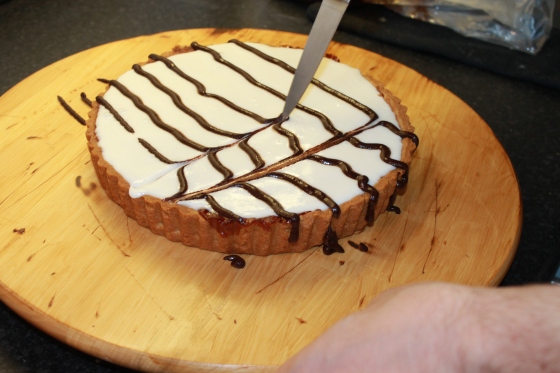 Leave to chill in the fridge. Serve with a couple of (frozen here) raspberries. 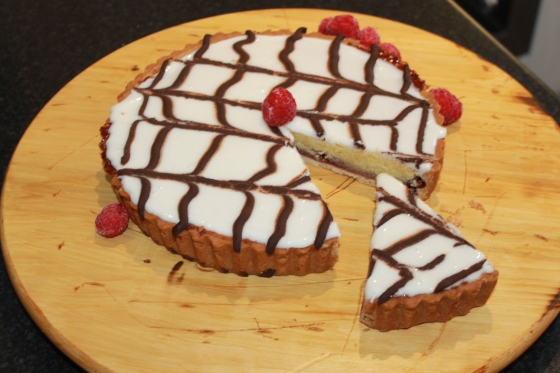 It’s not bad. It’s not Mr. Kipling, but it’ll do. And if you don’t know who Mr. Kipling is, well that’s just too bad. 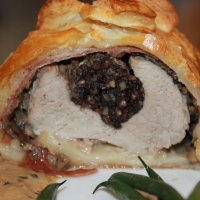 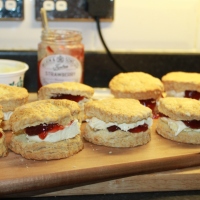 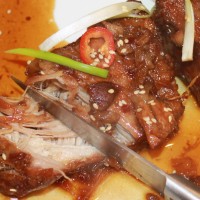 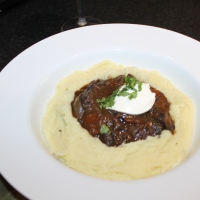 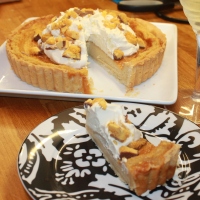