A small debate almost erupted on this blog the other day about PBRs. It quickly fizzled out (i.e. it never got going) but it got me thinking about the relative merits of beers from around the world. So I am embarking on a beer odyssey. Here is the first instalment. We visit The States, Britain and Japan: 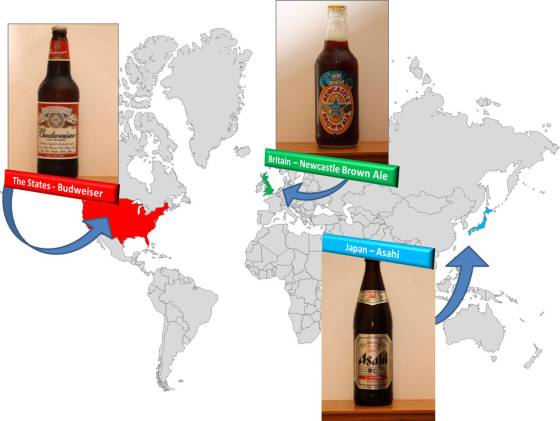 We chose Budweiser from The States, Newcastle Brown Ale from the UK and Asahi from Japan. The objective is to decide the best from these three. 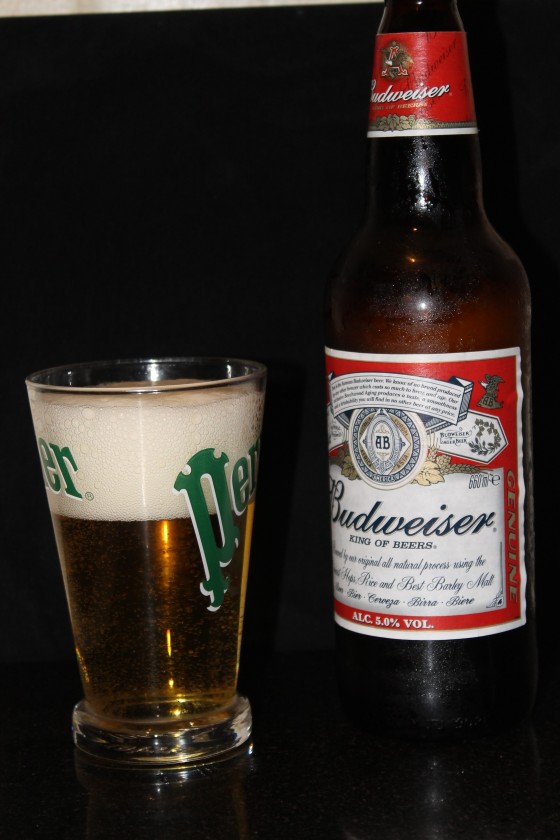 Budweiser served in a Perrier Glass – what the hell….

Budweiser is a pale, very fizzy, lager with a slightly unique hoppy smell. I think it tastes a bit sweet/sour (couldn’t drink too many of these). Its fairly strong too.

‘Newcy Brown’ is an ale introduced in the 1920’s; its got a bit of a chocolatey smell and forms a proper head that hangs about for a bit when you pour it. Very popular in Student Unions up North (and I should know I was up there in my younger days).

Asahi claims to be Japan’s No 1 beer. Its a bit weird. Its doesn’t generate much foamage when you pour it but its by far the fizziest of the three when you drink it. In terms of colour its sits between the very pale Bud and the the very dark NBR. It also smells of not much at all.

Now to decide on the best of these three I was going to introduce a complex rating system like I have done in the past for other posts. But in the end that was too much trouble so the Mrs blind-tested them for me. Her verdict:

So Bud wins! Personally don’t think much of it – ‘King of Beers’ my arse. 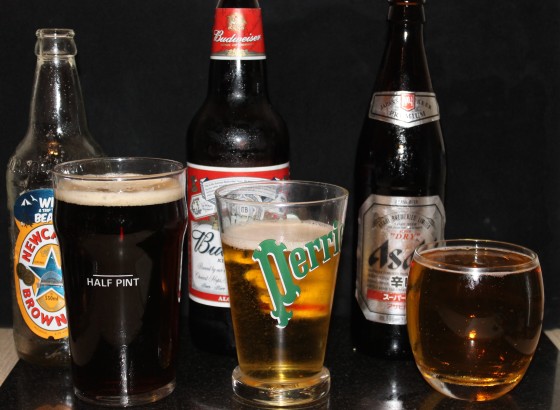 Where do I go next? Mexico? What about Africa? Any Russians out there?