I had another ratatouille moment the other day.

When I was a kid my family used to go on holiday to Cornwall, the land of clotted cream, tin mines and windsurfing. I don’t recall any of those but I do recall three things – ‘windswept’ cottages, the old Hillman Hunter that used to get us there, and Cornish Pasties.

So legend has it pasties were invented by tin miner’s wives. They created a meal that could be taken down into the mine. The pastry case was designed to protect the contents from dirt, and had a rim the miner could hold like a handle. Often one half of the pasty had a meat and potato filling while the other had a sweet, like apple. Eating the crust was optional.

I decided to recreate the classic Cornish pasty. Its a simple dish containing:

First make your pastry by combining the ingredients with some cold water to create a dough. Cover in clingfilm and chill in the fridge for an hour

Meanwhile prepare your filling, chopping everything into small pieces. Boil the potato and swede for a few minutes to soften up (more for the swede) 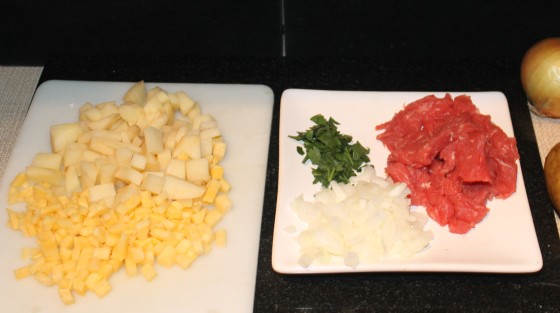 Now roll out the pastry and using a dinner plate as a template cut out a disc. The arrange the filling in a line – onions first, then steak, then potato and swede and top with the parsley. 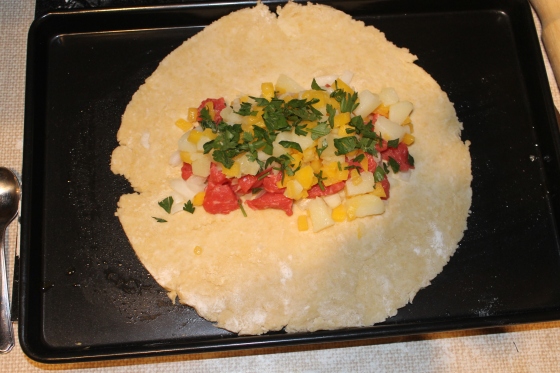 Season with salt and pepper (plenty of it) and then brush beaten egg around the rim. Bring the two sides of the pastry together at the top and seal with your fingers. Now brush all over with more beaten egg. 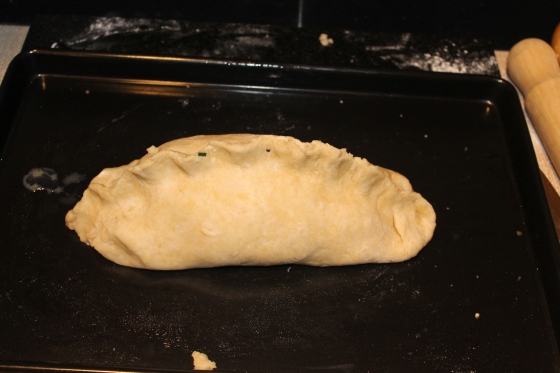 Bake in the oven for about half an hour (put a little hole in the top to allow steam to escape). Serve with horrendous amounts of ketchup. Traditionally the rim is on the side not the top and is thicker, but I useless with pastry and was surprised I got this far without totally screwing up! 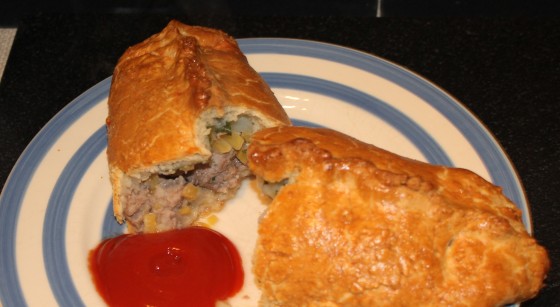